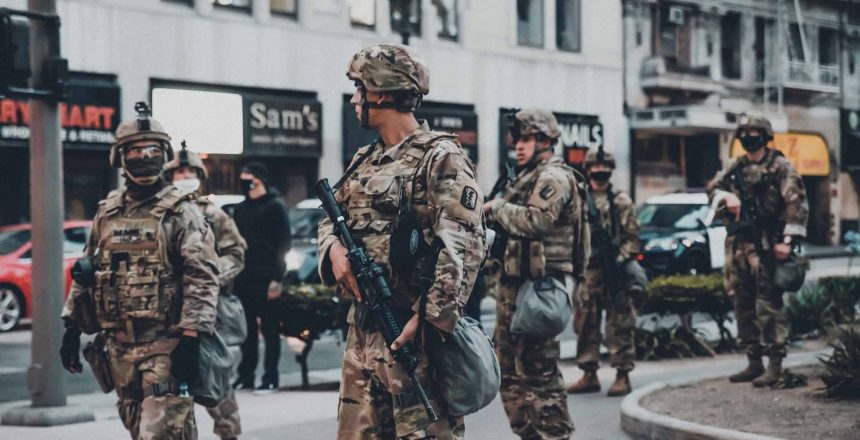 The enemies of America must be throwing parties all over the world right now as they watch us tear each other apart. We have been divided into Left vs. Right, Conservative vs. Liberal, and now, Black vs. White.

Most of the silent majority know that this is all driven by the media as well as outside influences that seek to divide and conquer this great country, but unfortunately, a lot of Americans have fallen victim to propaganda.

This is not an issue of Left vs. Right or Conservative vs. Liberal. This is an issue of power, corruption, fascism, and authoritarianism. There is always a puppet master behind groups like the KKK, Antifa, certain facets of BLM, and others.  A lot of protestors and instigators are funded by shadow groups with an agenda.

Some of these movements are based on emotions and not always rooted in facts. Radical socialists, Marxists, and far right-wing groups can be found stirring the pot in nearly all these groups, Antifa being the worst of them all. They use fascist tactics to “fight fascism”. They are, in fact, domestic terrorists.

This is not to say that racism does not exist, or that the judicial system may not be fair to some societal classes based on money and/or race, in some cases.

That is also not to say that there is not a serious problem with law enforcement training in some areas of the country, or even racial profiling. What is not accurate to say is that systemic racism exists in all facets of American life. That is a lie and the ultimate deception, solely used to divide us as Americans.

Here are some truths as we believe them:

So, what is all this talk about Civil War?

Is it coming? Is it already here? Is it needed? Well, that is a lot to breakdown in one blog, but let us go through some of the basics.

The loss of life would be astronomical, and the after-effects would be staggering.  It also leads us back to the issue of power. Who is going to fill that power vacuum if we fall into Civil War?

Could we end up worse off than we are now? This is not the 1800’s. The dangers of a new American civil war could be catastrophic on a global scale and create a global power vacuum.

Interested in us expanding more on this blog in a future blog? Let us know in the comments.

Written by Jesse from The Survival Summit

15 thoughts on “Talk of Civil War”