The Survival Summit Elite Membership is the best way to get all of the benefits of our instructional films, discounted products, special deals, and members-only giveaways.  Come join our exclusive membership program and you’ll always have access to all of our future films, at no extra cost.

Keeping your family safe in a survival situation takes proper training, gear, mindset, and skills, and the Survival Summit is one of the industry’s top survival companies. We work with the world’s top survival experts to bring you all the latest in preparedness.

You get all of this for only $17.76 per month  (Cancel at any time, No questions asked)

All Elite Members are automatically entered to win. 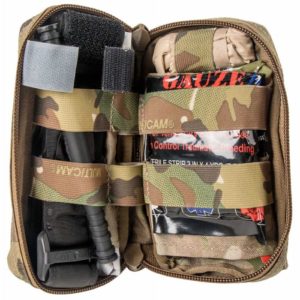 This film is an introduction to the groundbreaking Fit to Fight® FIREARMED® training program. Designed for the complete novice, the shooter, and the fighter, FIREARMED® is a skills and drills based program, for anyone looking to enhance their fighting acumen, in a firearms based environment. Part of the Elite Membership

Learn from the top dogs at TOPS Knives as they take you through the history of one of the finest knife makers on the planet, how to care for your blade, and how to make a blade from a piece of metal. You will get to see the inner workings of the TOPS facility and just how much handwork goes into each and every blade. This is a family that cares about the quality and detail it takes to make a knife that is designed to be with you for life.  1 Hour, 18 Minutes. Part of the Elite Membership

It’s been said that if you know how to survive the high desert, you can survive just about anywhere. That’s precisely why The Survival Summit teamed up with an expert, Kirsten Rechnitz, to produce  Survival HD, How To Survive The Harsh Environments of the High Desert & Low Mountains.

With extreme temperature transitions from “shorts-weather” to blizzards in just a 12-hour time frame, the high deserts and low mountains near Moab, UT proved to be the perfect location for this incredible film.

Having spent nearly the last decade living in this exact type of terrain, Kirsten articulately details how to prepare for such an environment, as well as how to turn it into a comfortable experience, should you find yourself there unexpectedly.

Whether you’re a backpacker who gets lost, an injured base jumper awaiting rescue, or someone preparing for any SHTF Scenario, this film will arm you with the knowledge that you’ll need to survive one of the harshest environments out there. From finding water, procuring food, building shelter, starting a fire, and getting rescued, cooking food, making spears, and trapping, Kirsten holds nothing back in this incredible series. Part of the Elite Membership

Escape & Evasion, Starring Jack Richland, a US Marine Veteran and CEO of Black Scout Survival as he teaches critical skills and techniques to turn you into his personal student, and gives you the up-close and critical details with crystal clear instructions, to turn you into a captor’s worst nightmare.

In the year 2014 the United States of America averaged:

And those are just the crimes that were actually reported

Right here in the United States of America during relatively safe times, a violent crime occurs every 25.3 seconds. What will that look like when times get worse?

You buy a gun to protect yourself and your family, but how will you protect them when you’re not right there by their side? Part of the Elite Membership

The Survival Summit team produced a brand new film called Survival Communications in conjunction with the preparedness expert and doctor, David Pruett. In this film, you’ll learn everything you need to know about getting started and on the air with radio communications.

What you will learn

Licensed and Unlicensed Communication | Scanners | Legal Dangers You Need To Know About Your Non-Licensed Radios | Develop A Comms Plan | Multiple Portable Power Options For Communications | How To Assemble A Grab & Go Comms Kit | HAM Radio Language And Etiquette | Tips On Getting Your HAM License & Getting On The Air | Your First Radio DIY Projects | Access To Free Custom Resource Guides To Get You Started! Part of the Elite Membership

Disaster can strike anytime, whether it be a financial collapse, pandemics, loss of the electric grid, or the many other scenarios that could cause a complete societal collapse.

Would you stay in town with millions of desperate and starving people or would you get the hell out of dodge?

What you’ll learn in this film

From the mind of best-selling author and professional retreat consultant Jonathan Hollerman. Part of the Elite Membership

Tech will fail, either in everyday life or in an emergency. This film will get you up to speed on how to effectively navigate your way to safety with nothing more than a compass and a map. If you need more, this film has it from finding where you are, primitive compass techniques, hiding caches, and more…

LEARN: Declination | Compass types | Pace count | How to navigate without a GPS | Azimuth | How to make your own compass | How to correctly read a topographic map | Understand “Declination” and why it’s important | Find where you are on a map so you can correctly navigate towards water (or other essential resources) | Hide and locate a secret cache without losing it | Determine what makes a good compass | Route planning and selection #land navigation Part of the Elite Membership

Whether you’re a day hiker who finds himself lost in the woods or the hard-core prepper, this professionally filmed and edited video by two of the self-proclaimed coolest people on earth, will walk you through the hard-core realities of staying alive in survival situations

Imagine being able to walk off into the woods with nothing more than a knife, and survive indefinitely…

In this online streaming film, you’ll discover the critical secrets and subtle nuances behind how to properly start a fire using a bow drill, how to build a primitive shelter with little or no tools that’ll keep you warmer than a modern tent can.

You’ll also learn how to build warm weather shelters, filter water primitively, procure your own food, and much, much more! Many of the skills are shown primitively with no tools, or semi primitively with minimal tools. Part of the Elite Membership

Get the Elite Membership to gain access to all of these amazing films!

There are no reviews yet.

Be the first to review “Elite Membership” Cancel reply