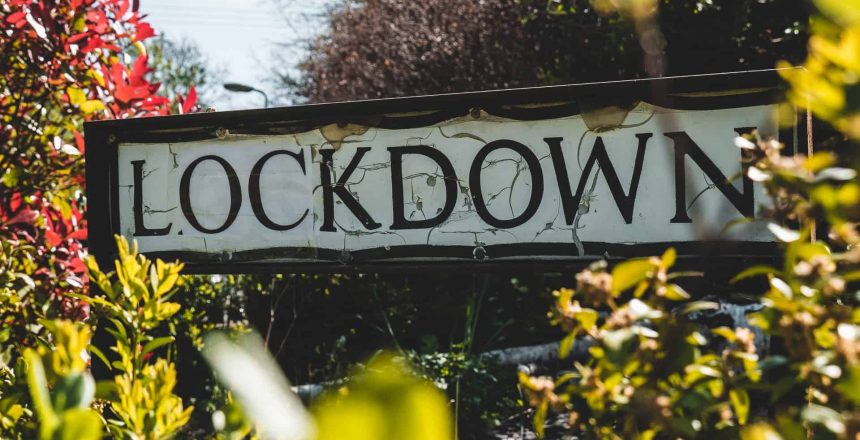 At the start of the pandemic, Australia had lockdowns and travel restrictions just like the rest of the world and had considerable success. They then attempted to reach Zero COVID cases, which of course is not realistic. Their military started enforcing COVID rules, banned all protests, enacted curfews, and fined anyone who was not compliant. They even went as far as telling people not to have conversations with their neighbors. Australia even has an app to track home quarantines, and if your location changes, they send the police to your door. On top of that, thousands of Australians have been trapped overseas because there are limits on returning citizens. Australia has literal quarantine “camps”.  Is this how a free society lives?

There are those among us who wish to destroy our way of life to implement their utopian vision of how life should be. Why? It’s simple; self-righteousness, false virtue, politics, power, and greed. When you believe you know better than another group of people, or that you are actually a better person than those people, you begin to believe that you should be the one making their decisions for them.  That is the current state of life in America in 2021.

We have gone down a deep, dark rabbit hole of false virtue, praising mental illnesses, fake racism, and fear mongering at its highest level. Critical race theory, false narratives of BLM, Fascists pretending to hate fascism (Antifa), socialists pretending their “brand” of socialism is better than all of the other that have failed in history, political leaders using these groups to create division among the American people so that they can exploit us all. We are living in the book, “1984”, and its complete insanity.

Enter COVID-19 and its merry band of variants. Are we to believe that an incompetent government, CDC and WHO essentially shut down the entire world because they legitimately feared we would lose 50-100+ Million people?  One could argue that yes, the government and the agencies it works with are pretty inept. All you need to do is look at the finances of most countries and organizations to realize that these fools can’t even balance their own checkbooks.

However, no one is quite that stupid. This is also about politics, power, control. Only an arrogant fool would think that there are no political motivations in the government, the CDC, WHO, and others. Outright lies have been spewed by those we are supposed to trust. The media has shut down all those who oppose the exact narrative, including legitimate doctors, epidemiologists, scientists, as well as peer reviewed studies in different areas.

Here’s an example; Two of the FDA’s top vaccine experts resigned recently after being pushed too far by the White House in terms of booster shots, and several more have considered leaving. Who made the decision for the extra COVID shots?  Jeff Zients, who has no medical background and is a Facebook board member, according to Tucker Carlson of Fox News. A panel of FDA vaccine experts voted 16 to 2 to completely reject the plan for more shots, but what happened? A college professor by the name of Rochelle Wolensky who was appointed to run the CDC overruled that panel without even citing any scientific data. It seems that politics trumps science in America these days. Read this anonymous letter, which sites a ton of research and data:  The Spartacus Letter. (the original letter has been deleted apparently, you can find it HERE)

Fear is the greatest motivator, and those in power have used fear to manipulate the American people, and people worldwide. They control the narrative 100% and the media goes right along with them like the good little sheep that they are. Even the largest social media outlets push the same narrative. How many times has it been proven that the government and its agents have directly lied to us? Try Googling anything that is not left-wing propaganda and most times Google will only give you that same left-wing propaganda. They are literally attempting to re-write history.

Don’t misunderstand me, I am not saying COVID is fake. It’s clearly not. I personally know people who have become very sick due to COVID, and there is no doubt it has killed a large number of mostly vulnerable people. New variants could also make it easier to kills less vulnerable people who have no pre-existing conditions, but that seems to be fairly isolated. You should still be protecting yourself and your family from this disease. However, one only has to look to Sweden  and how they handled the pandemic to see that the narrative is not exactly as it appears.

Our children and grandchildren can no longer be brainwashed by ideological nonsense. This culture war has become the most toxic problem in America and is spreading throughout the world. We cannot allow this fantasy world of the far-left progressives to infect our society any longer. The rise of technology has not helped us either. We are not a self-sustaining people any longer. If our systems were to fail, it’s game over for most people. We need to become more self-reliant while we still can.

Also keep in mind that propaganda and false conspiracy theories happen on both sides of the isle. The entire Q’anon debacle proved that both sides fall victim to manipulation, and both sides can be brainwashed to a certain degree. You need to be independently researching everything yourself. Don’t be a fool and just run with the crowd and believe everything you hear just because someone appears to represent the same things you believe. When you do, you make it easier to be dismissed when you fall for those types of traps.

What’s the point of this article? Well, aside from being a little bit of a rant, it’s pretty simple; be prepared. Stock up on preparedness supplies and keep training every chance you get. They will eventually push us too far, and people will fight back when they no longer have a choice. It’s just a matter of time, so be ready. For every $100 you spend on gear, spend a day training with that gear.

If you own $5K+ worth of gear but don’t have any experience using it in various conditions, it will not help you if you have to use it under extreme stress and unfavorable conditions. We all know far too many people who own some of the most ridiculous gear that they have never tested, never used, and a lot of it would likely fail in the field. Don’t be one of those people.

Looking for training but want to start off slow? Check out our most recent blog on Vehicle Preparedness Kits. You can also look at our instructional films, such as Survival Bug Out, or Green Beret’s No-Nonsense Bug Out. At the very least you will hear directly from experts on which gear is good quality based on years of testing, in the field.