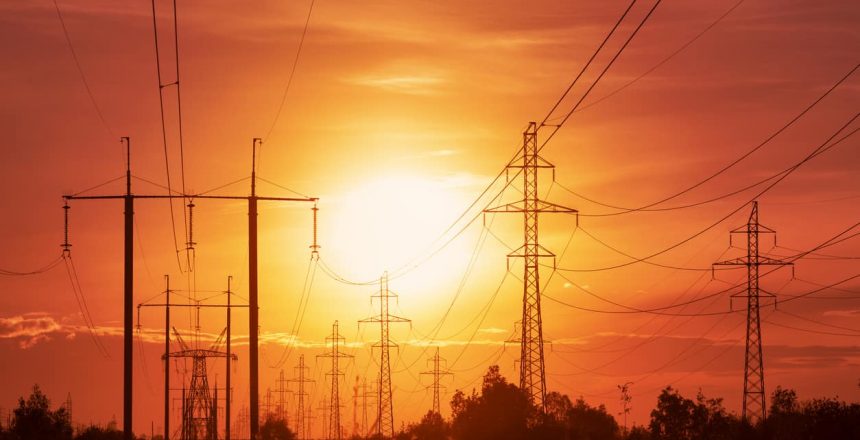 There have been a lot of discussions recently about the possibility of a nuclear attack on Ukraine by Russia, which could potentially lead to WWIII. If that happened, that could start a chain reaction of nuclear strikes around the world. We don’t believe that is going to happen, but that does not mean we shouldn’t be prepared.

Another scenario is if the United States were attacked with a High Altitude EMP, which the EMP Commission has stated that we should take very seriously as a real threat from Russian or China. EMP attacks, even solo EMP attacks not followed up by ground level Nuclear detonations, are part of Russia’s military doctrine.

With increasing tensions across the globe, anything is possible these days. In the 1960’s, the U.S. detonated a 1.4 Megaton Nuclear weapon during a test in the Pacific Ocean, at an approx. altitude of 250 miles. This HEMP caused electrical damage nearly 900 miles away. Imagine if a 50 Megaton nuclear weapon from today was detonated over the United States.

Most of us are aware of the fact that other nations have the ability to detonate nuclear weapons if they choose to do so, and what is to stop them from exploding one high in the atmosphere to create an EMP to attempt to take down the power grid? That would certainly be easier than launching nukes at the ground level in multiple major cities, especially if the country that does it is not a major superpower. Using a rogue nation to facilitate such an attack is not out of the question, and neither is a direct EMP attack by Russia.  Read this report by Dr. Peter Pry, the Executive Director of the EMP Task Force.

What about solar events? We run the risk of our grid going down through another significant solar flare. Richard Carrington, the son of an English brewer in 1826, was intended by his father to take up the church, but instead, he became a noted astronomer. His name is now associated with the apocalypse.

In 1859, Carrington and colleague Richard Hodgson observed what is now called the Carrington Event, perhaps the most significant geomagnetic storm in recorded history. It caused a massive worldwide disruption of the first electronic communication system, the telegraph. Operators were shocked, and equipment was set on fire.

Geomagnetic storms are caused by solar activity, and recent ones have caused interruptions to power grids, communications systems, satellites, and other electronic devices. It is worth noting that we have not experienced an event of the magnitude of Carrington’s in the modern age of electronics.

Some have projected that a significant solar storm could cause trillions of dollars in damage and disrupt the power grid for years. We had a near miss in 2012 with another very large solar flare, so one must not discount these as possibilities.

We recently released a couple of videos on social media reviewing some Faraday Bags from a company called Faraday Defense. Faraday Defense has a NASA Scientist and EMP Expert that works with them, and he has designed some of their products, so they are a company we have come to trust. Their products are also made in America.

Different types of Faraday bags can help you protect your sensitive electronics. They have a NEST series that is relatively effective against EMPs and most signals at >40 DB (decibels) Attenuation. They also have a new NX3 Series that is >80+db attenuation, which essentially means a reduction of signal strength during transmission. They also have vehicle and home protection devices. Please keep in mind that the NEST Series bags are great for EMPs, but not always that great for stronger signaling, and may not defend against all cell signals, bluetooth, radar, Wifi, GPS and RFID.  The NX3 bags are true Faraday bag vs. just EMP bags, and they will protect against all of those signals, as well as protect your devices from an EMP.

A question that comes up often is, “How do we protect our vehicles?”. We have been looking into some new products, such as Ferrites, which are high-frequency current transients’ reduction clamps, and TRAPs, which are multi-purpose transient reducing devices.

TRAPs and Ferrites can protect your vehicle’s electronic devices from lighting strikes, conducted transients, and EMPs. There are a few different types of EMP pulses. The E1 is a crazy fast pulse that would come from a Nuclear EMP and can hit quickly in nanoseconds, which means it’s too fast for most conventional surge protectors.

An E2 is similar to lightning strikes and lasts approximately one microsecond to one second after an explosion. The United States EMP Commission has stated that an E2 usually follows an E1, so oftentimes protecting electronics with a device designed for an E2 may not work.

The E3 is a prolonged pulse that could last a few seconds, hours, or even days. The E3 is similar to a large solar flare and can also happen from a nuclear detonation high in the atmosphere that disrupts the Earth’s magnetic field. Most damage from an E3 is to the AC power grid, like transformers, which is what could take down the overall grid.

There are many variables and factors that would determine potential damage to electronics, vehicles, and the overall power grid. There is often an old study from 2002 that people like to cite saying that most vehicles would not be affected by an EMP, but that study is very flawed, so we would encourage people to read up on the latest studies by the EMP Commission to get up to speed, as well as do more independent research.

Depending on the exact circumstances, there may not be as big of an effect on handheld devices and even vehicles in some cases. That is not to say that it cannot and will not happen, so we should be prepared either way. Most of these protective devices are relatively inexpensive, so it is better to have systems in place and not need them than to need them but not have them in place. It’s not going to hurt to keep some backup devices in faraday bags for safety.

On September 6th, 2022, DHS released recommendations to protect national public warning systems from EMPs. You can read this news release HERE. They also released a PDF for the best mitigation practices. You can read that HERE.