Water is the most essential item you and your family will need to survive. You’ll need it for washing, bathing, cooking, drinking, and wound irrigation to name the most important. These are incredibly important SHTF Plan Skills to learn.

Not everyone can go out and buy expensive water filtration systems, but no need to worry, there are much cheaper alternatives.

There are plenty of inexpensive water filtration devices on the market today. They start at around $20. Be sure to read whether or not they filter bacteria and viruses, or just bacteria. Although within the United States there isn’t much of a worry that you’re going to run into virus issues in our freshwater ponds and lakes.

You should always filter your water from an active stream unless there are none available but rest assured that the newest water filters are excellent to use even in stagnant water.  Our recommendation is the Sawyer Mini or the Grayl Geopress. Always use a cloth to keep particulates out of your water filter. Using a filter directly in murky water will substantially reduce the life of your filter.

Take a peek on your local Craigslist for 55 Gallon containers.  A lot of farmers and restaurants are always looking to get rid of food-grade containers. You can usually find them fairly cheap.  You can treat this water or use your filters. Most treatments will last approx. 5 years. Do not store them outside when the weather will go below freezing. 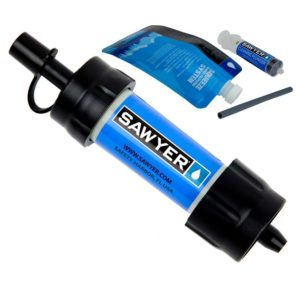 Fire will keep you warm, dry your clothes, and give you another way to purify your water. You may also need to cook wild game and smoke meat.  To be safe you should boil your water for at least 5 minutes unless you can attain 212+ degrees, then it will be safe in roughly 1 minute.  We highly recommend watching some online videos on how to filter water with sand, rocks, and charcoal as well. Our film, Survival Skills, has a great section on this.

There are so many cheap fire starters on the market. You can use a lighter, a Ferro rod with a striker, etc.  There are many types of fire starters.  Your best bet is to keep a ferro rod/striker, and a lighter as a backup on hand, at all times.  If you consider your lighter your primary fire source, be prepared for it to fail you when you need it the most. A ½” X 5-6” ferro rod could last you pretty much forever. 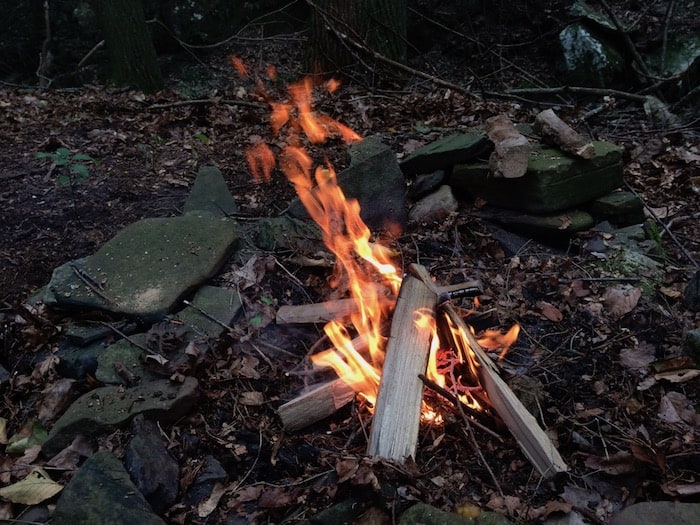 I highly recommend learning as much as you can about identifying edible plants, learn how to grow your own garden, & learn how to hunt and trap using snares and other primitive methods. These methods take time to learn and are not quite so be sure to practice as often as you can.

If you already have a retreat or bugout location, stock up weekly or monthly on fairly inexpensive can goods from the grocery store and keep them there, unless you’re “bugging in”. In that case, you can keep them in your home, but remember, you won’t be able to take much with you if you have to leave. If you have a dehydrator and vacuum sealer, you’ll be in even better shape.

For those of you who want to stock up on items and have a little more money to spend, we recommend freeze-dried or dehydrated foods. It can get pricey depending on how big you want or need your supply to be, but if you save each week or month you should be able to build up a large stash over time that will have a shelf-life of 25 Years. 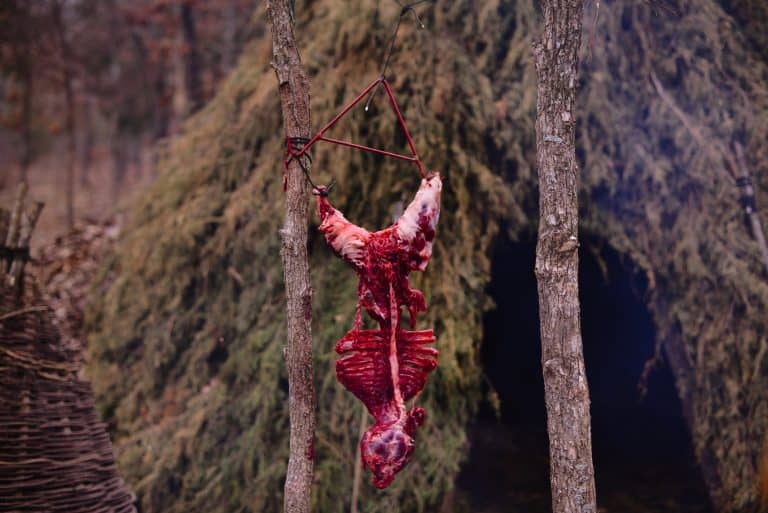 Everyone should have a medical kit on hand that includes all the normal first aid items, as well as a trauma kit. As part of your standard first aid kit, be sure you have rubber gloves, extra antiseptic, a needle & thread, and an assortment of other over-the-counter medicines to compliment the standard components of a first aid kit.

If you can’t afford antibiotics or are worried about their short-term shelf lives, do some research on specific fish medications that are the same versions of antibiotics made for humans, but a lot cheaper. Please do your research and consult a professional before ingesting any medicine that’s not intended for humans!

Learning as much as you can about medical plants and how to process them is an essential part of survival skills, especially in a grid-down scenario. 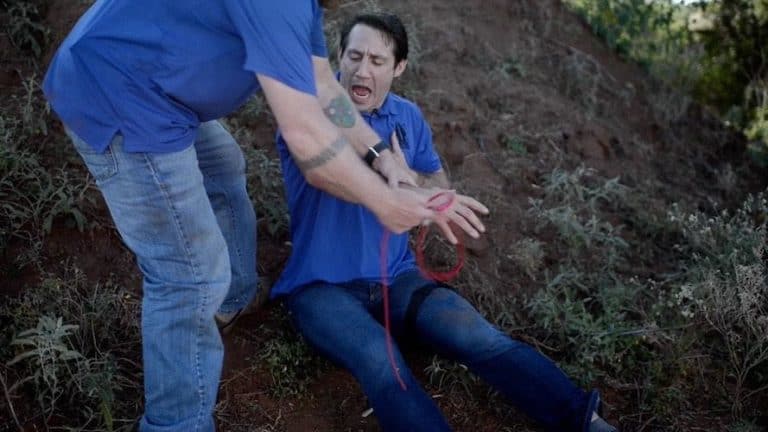 Learning how to build primitive shelters is going to be your cheapest method for providing shelter when you’re on the go or if you do not have a bugout location and can’t stay in your home.  If you can’t afford a high-quality tent, watch our amazing film, Survival Skills, and learn how to make primitive shelters.

Not everyone can afford to buy Survival gear, but everyone can invest time learning the necessary life-saving skills most of our ancestors had. They didn’t have a choice but to be self-sufficient and there may come a time where you don’t have a choice either. You need to start learning how to survive while you still have the luxury of modern-day living.

We recommend stocking up on gear as well as learning all the above-mentioned skills. With the internet, there are thousands of free videos where you can learn almost anything. However, if you’d rather not piece together hundreds and even thousands of videos, our films are packed with knowledge and easy to learn skills from some of the top experts in the country. Be sure to practice everything you learn as often as you can, and ALWAYS test your gear so you’ll know how it performs in the real-world. It’s never as easy as it is online! 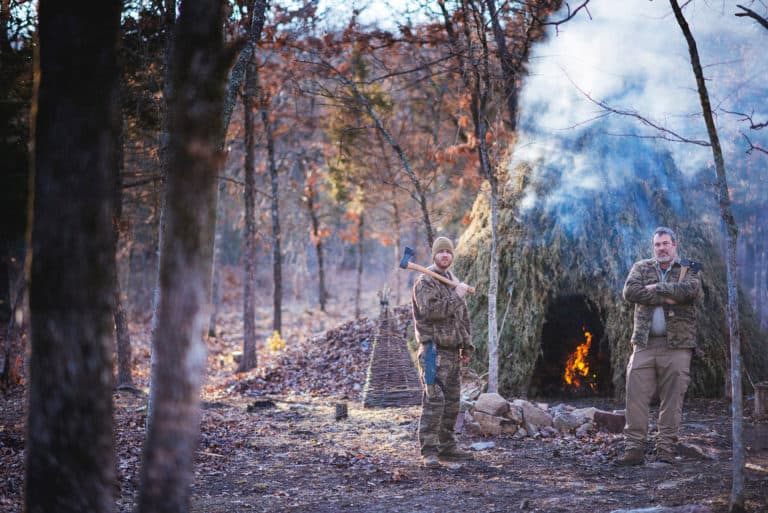 It’s not always about learning SHTF Plan skills. There may come a time when you need to get out of town and go to your bugout location. There are many types of “Bugout” bags.  There is the simple get home quick pack which may only consist of a few items that would be enough to get you home or to your bugout location, and that kits contents, like nearly all others, would depend on a lot of different factors.

What your average distance from home is on any given day, the time of year, geographical landscape, urban vs. rural, and sometimes overlooked is your physical conditioning.  A get home pack is meant to have the essentials so you can travel fast and light. 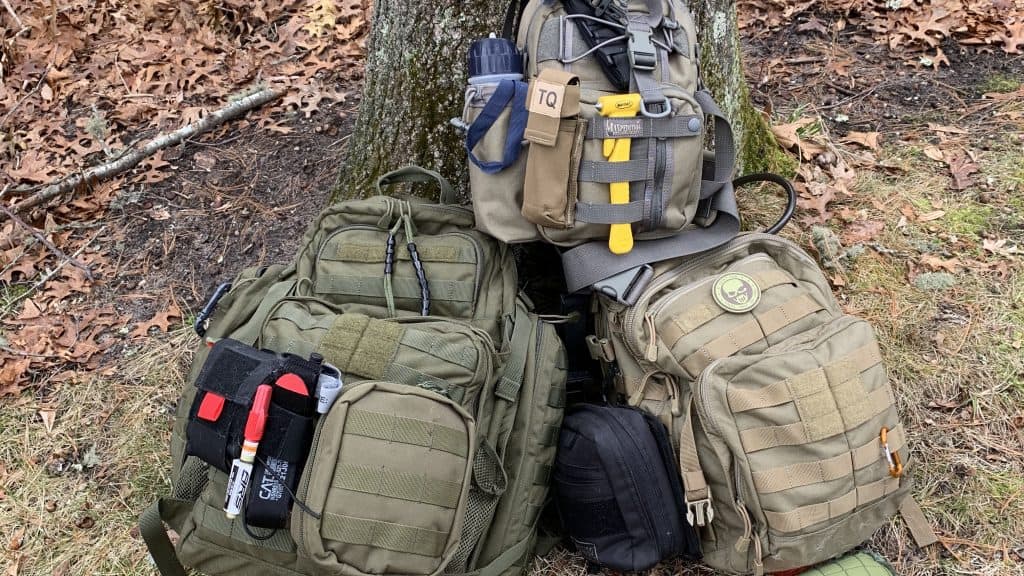 The Survival Summit is a production company that works with some of the best and most sought after experts in the survival, bushcraft, self-defense, and prepper industry. Our goal is to teach the basic SHTF Plan skills necessary during any event.

We identify thought leaders and practical experts, work closely with them in their element, and produce and distribute survival preparedness films and related media.  There is currently no rival in the industry when it comes to providing top-quality instructional films that feature so many survival skills, as well as having such a wide range of experts and topics.

We have worked with Special Forces operators such as Tim Kennedy, who is an Army Ranger, Green Beret, and Special Forces Sniper. Tim was also a top 10 ranked Middleweight contender in the UFC (Ultimate Fighting Championship). Tim and his team at Sheepdog Response films an Active Shooter film with us, and we also filmed two of the main combatives and firearms courses they offer.

The Survival Summit is also gearing up this month (January 2020) to film a brand new remote wilderness medical film with another former Special Forces operator turned wilderness survival skills instructor. Learn basic survival skills and much more when this new film is released!

You can now get any of the courses we carry on a USB drive! (or DVDs, Online Streaming)