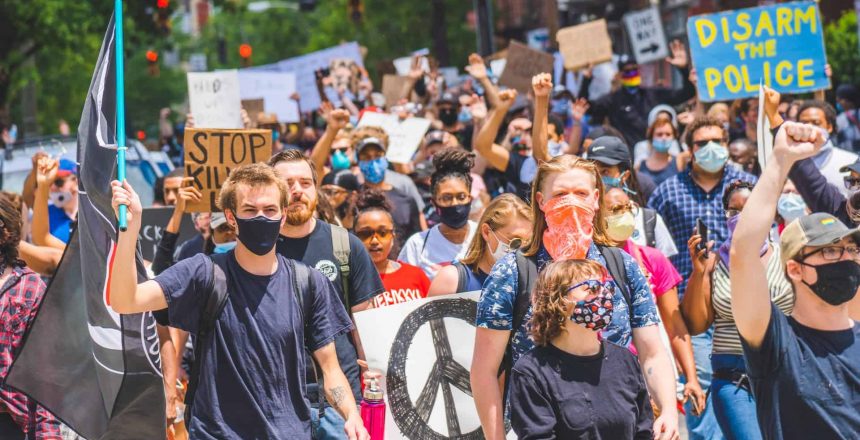 2020 has been one hell of a ride so far. A major pandemic that saw the country and world fall to its knees, countless weeks of rioting and looting, based on the premise of racism, fascism, and injustices by the “system”.  The media turning into full-blown Soviet Union style factions, doing the bidding of political parties and those that pull their strings.

What is the end game, and what is the best way to break the American dream? That is simple, division, anarchy, and manufactured chaos. What exactly is the goal? That is also simple; to fully seize power over America and take down the systems that make this country prosperous. Why you ask? Well, that is not so simple. You would think that the country that created most of the world’s wealth would be better left in-tact by those in power to continue building that wealth. The problem is that absolute power corrupts absolutely. It is never enough to have some power; you end up wanting it all in the end.

What a large percentage of Americans also do not understand is that our financial system is hanging on by a thread, and those in power realize that the jig is up. Look to 2007/2008 and you will see where the absolute corruption first came to light in a big way. We have been printing money for decades and passing the buck down to future generations. How long do you think that can last before it all comes crashing down?

Once the lust for money and power reaches its pinnacle, the perversions of mankind become easily attainable without consequence.  When those in power can get away with virtually anything, there will never be a limit to what they will attempt to do next to satisfy that lust for power and control. Jeffrey Epstein was an incredibly small piece to an enormous puzzle, and if Americans knew even 1% of exactly how large that network of evil is, they would lose their minds. That would be when actual patriots would take to the streets to stop the madness. Instead, those who are the heads of those networks decided that creating absolute chaos was the only way to divert our attention away from what is really going on. If you’re trying to hide things that you are doing, the oldest trick in the book is to get a large percentage of the population to believe your enemies are the ones doing what you are doing, and that you are the “good guys”.

What tools are most effective? Demoralization and manipulation of the youth, destabilization of the economy, foreign relations and domestic systems, crisis’ that upend our very way of life and create maximum chaos, and the normalization of authoritarianism, perversions, the lack of overall morality, and so much more. That is how you subvert a nation, from within. This is nothing new in the history of the world. Largely, people can be easily manipulated, especially those who think and act based on emotion rather than logic and reasoning.

If you were those in power and you created an entire system to work in the shadows fulfilling your every desire, you would stop at nothing to take down those who would bring light to your darkness. When a person or group of people who are also in power decide that your evil must be stopped, and they start exposing that treachery to the American public and the world, your rule is threatened. So, what would you do?

Would you release a bioweapon to tame the world and bring citizens all around the globe to their knees? Would you covertly create groups of violent anarchists by convincing them that racism and fascism is what the biggest problem is, and that our systems are keeping the rich in power and keeping them poor on purpose? Would you subvert every system that makes your country the greatest country on earth to gain absolute power? Of course, you would. Human nature is no mystery. The fall of empires over thousands of years is all you need to know to understand mankind.

I am not saying that everything is a conspiracy theory, and I am not telling you what to believe. What I am telling you is that you need to open your eyes. Follow the money and follow the power, and you will see for yourself what is really happening if you travel far enough down the rabbit hole. The true evil that exists in this world has been exposed repeatedly. What happens every time a little more light uncovers the darkness? Things get worse, and those holding on to their power create more and more chaos so they can stay in the shadows.

What is sad is that there are countless people in this country who have quickly taken the bait, and are now working against their own country, their own neighbors, and ultimately, against their own interests. The power structure will use the people they can manipulate until they gain absolute control. Once they have gained control, the useful idiots will be done away with. That is right, most of those burning down the cities will be taken out like trash once they are no longer useful or needed. Those in power will not have their own rule threatened by those who either knowingly, or unknowingly, helped them get there.

Here is where this plan has a fatal flaw. The traitors to this great country have underestimated true American patriots. We do not march in the streets. We do not show up at protests, for the most part. When you do see the real patriots is when they finally realize that their own families and their entire way of life for their children’s futures is in serious jeopardy, and at that point you will not see them carrying signs in the streets, you will only see their rage starring down iron sights from the East to the West and from the North to the South, behind every blade of grass.

For the most part, it will not be random half-assed militias; it will be an exceedingly small percentage of highly organized patriots from ex and current military, law enforcement, as well as highly trained individuals from all walks of life. Once those groups start organizing regular citizens, that’s when things get extremely dangerous for the Elites who wish to take down America.

What can we do to prepare? It all starts with having primary, alternate, contingency, and emergency plans, and having the training and gear to execute those plans if necessary. If before or after the election things become so unstable that you must be ready for government systems to be overloaded, and basic services stop running, how will you keep your family warm, fed, and safe? And the worst-case scenario; If for any reason you must leave your home because it becomes unsafe, where will you go and what will you do?

We here at Survival Summit have been thinking about all of this for a very long time, and we have teamed up with an amazing expert for our newest film, which is being released to the public on Tuesday, October 6th.  It is called, “Green Beret’s No-Nonsense bugout: A Preparedness Series.”

The next films in this series will continue to add layers to this system to help you and your family become more prepared. Look for topics like Preparing Your Home for Bugging In, Vehicle Preps, and Establishing Off-Grid Alternate Bug in Locations.

At the end of the day, Survival Summit does not care much where you get your training or where you shop for your gear. If this country goes down the toilet, we won’t be in business anymore anyway, we will be executing our own survival plans, so do whatever it takes to get prepared, no matter who it’s with, as long as they know what they are talking about. There are a lot of bozos out there in the prepper world. What we do care about is helping our fellow Americans and saving this great Republic from the real tyranny, and the real enemies of freedom. I’m sure, not unlike a lot of you that are older and have children, you don’t care nearly as much about your own life as you do your children’s, so now more than ever we must stand together, not for ourselves, but for future generations to come.