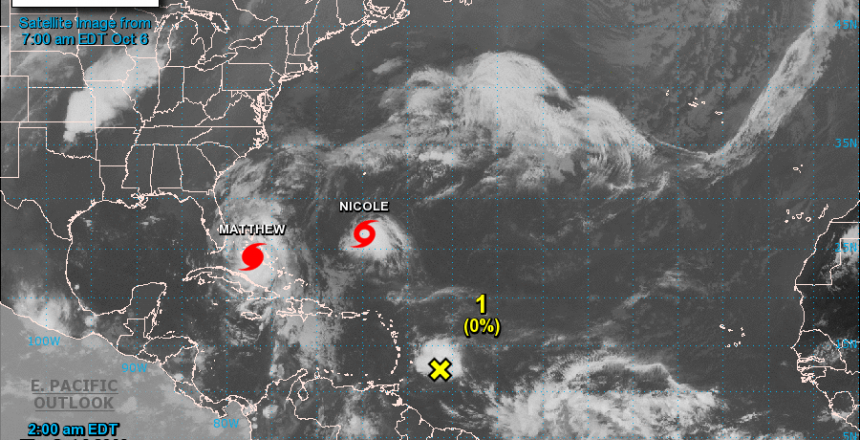 Stealing a great line, for me this is déjà vu all over again. In my former news guy life, I sought out hurricanes. A couple really hit me hard on a personal level. In 2004, while walking through rubble in Charlotte County, FL after Hurricane Charlie, I thought about the fact it had been forecasted to hit my then home in Tampa. Charlie took a last minute wobble and hit them instead of me. My house should have been part of that rubble.

The following year, while driving through New Orleans after Katrina, I couldn’t help but think back to 1992 when I was in New Orleans waiting for Andrew to hit. For a while, it looked like I was in the “right” spot for the news, but then it shifted and hit to the west. This was bad for the folks in Morgan City, but it may have saved New Orleans for Katrina.

Then, there was Hurricane Jeanne that made a loop out in the Atlantic just as we thought we were going to miss one in 2004. Now, on Thursday, Matthew looks like he will make a loop too and could hit us twice.

The point here is that as we watch Hurricane Matthew, we need to stay vigilant. Despite the brilliance of the weather folks, forecasting remains an inexact science. Matthew spun up faster and with much more power than expected. Tracks can change suddenly and that can save you or kill you. A small delay in Matthew’s turn to the north, for example, could have put the storm into the Gulf of Mexico rather than the Atlantic. There is still time for it to shift to the west and run through FL like the heavy cavalry at Waterloo.

In short, don’t doze. We should always have preps on hand for at least two weeks. That means having everything we need to live without outside help. If we have a generator, we might not have a safe way to store fuel long term, but we need it on hand before the storm closes in. Gas stations will likely not be working afterwards or trees could close roads. Fill your cars too. I really want to emphasize how hard it is to stock up at the last minute. You don’t want to be doing that.

If you have to evacuate, stay with relatives, friends or in a hotel if you can afford it. Avoid shelters. Remember the ones in New Orleans? Then there was one in Citrus County, FL in 1985 that locked people in and would not let them leave once they entered during Hurricane Elena, another unpredictable storm. Get far enough off the track so you only have to run once. In 2004, many people got caught when they evacuated to Orlando and storms rolled through there after hitting the coast.

Do not plan to be look for supplies in the aftermath of a storm. Traffic lights will be out due to damage or power failures. Road signs will be down. Things may not look the same with trees and buildings damaged. People will be tired, upset and frantic. Those factors add up to lots of wrecks. I saw cars plow into each other at 50 MPH at intersections without lights. Some people will be ready to fight over resources. Hunker down until things stabilize.

Bottom-line, you should plan to take care of you and your family. Heads up and look alive out there, folks! If you don’t need it this time, you may need it next time.